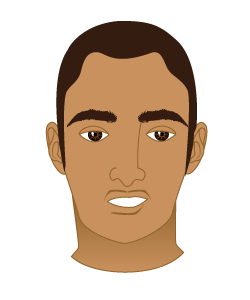 The top of your home is arguably one of the most important parts. If it is leaking, it can damage the rest of the house. If it is absorbing too much heat, it causes you to spend extra money on cooling. If it needs replacing and you are trying to sell your home, it can lower the price. However, when there are gardens to tend, lawns to mow, siding to paint, interiors to decorate and so much more to do, your roof can get lost in the shuffle. This blog hopes to draw some much needed attention to the top of your home. Check out these posts to learn more.

Did You Know that Your Timber Roof Trusses Require Lots of Protection?

When building your home, you want to use the best materials in each section. This is elemental for ensuring that your house has the highest possible value, and that the materials will be in place for the longest possible period. Timber is among the few materials that you can rely on for all these characteristics when you are setting up your truss. It is readily available, eco-friendly, cost effective and appealing in terms of looks. [Read More]

Need to Choose a New Roof? Ponder Over These Nitty-Gritties First

Roofs are of one of the most important parts of any building. They provide protection from the harsh weather outside, but also contribute to the overall look of a building's exteriors. However, not all roofs are created equal, making it rather difficult for new building owners to decide what type of roof they should opt for. Before you can jump into choosing a roofing product for your new building, be sure to think through these critical factors. [Read More]

3 Things That May Not Be Reliable Indicators of Hail Damage

Some inexperienced homeowners may worry that their roofs have been damaged by hail due to some signs that they observe after a hailstorm. However, an inspection of that roof can often reveal that it didn't suffer the storm damage that the homeowner feared. This article discusses some of those things that may mislead you into concluding that your roof was damaged by hail: Gutter Dents Some homeowners can conclude that the roof shingles must have sustained hail damage if those homeowners observe some hail damage to other components of the building, such as the vents, gutters, siding and air conditioning units. [Read More]

Are You Considering a Roof Extension for Your Home?

If you want to add some living space to your home's outdoor area, or some protection over a driveway or patio, you might consider a roof extension. This can be a better choice than a standard awning or even a carport, for many reasons. Note why this is, and why a roof extension may be the solution you need for shade and protection around your home's exterior space. Roof extension versus carport [Read More]